Find out what our customers have to say about our business loans.

Excellent service, very friendly and everything was explained clearly......

I can honestly say that I have never dealt with a more kind honest accommodating company ever....

Great team to work with

Great team to work with. We have received several loans from cubefunder...

Always fantastic service from Cubefunder. Although a slight glitch that was soon...

Great service. Very quick and efficient. Great customer care. These are the thin...

Cubefunder were fantastic throughout the whole process of our loan process. Fast...

Recently, ATS have reached out to Cubefunder, who’s staff and a particular Ms H... 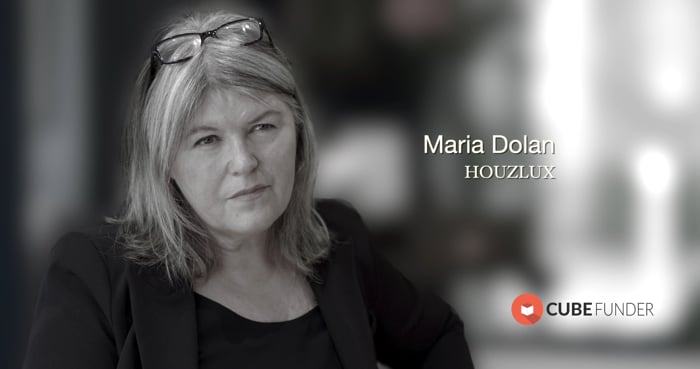 We needed the funding to increase our showroom presence and have more output in our factory. I chose Cubefunder after initially being declined a loan with my business bank.

My name’s Maria Dolan and I operate the luxury furniture brand Houzlux of Wilmslow in Cheshire.

Houzlux is a custom brand for making sofas and chairs to order in any fabric and any size. We make our furniture for a very high-end market.

We needed the funded because we needed to expand the company to increase our showroom presence and have more output.

I chose Cubefunder after initially been declined a loan with my business bank.

Cubefunder was an obvious decision based on their reviews but once I started talking with the Cubefunder team, it became quite apparent they would become mentors in the business as well. So it wasn’t just a financial decision, it was about a business relationship.

What has the funding enabled for your business?

The funding has enabled us to set up an even bigger showroom in Wilmslow plus we’ve put the money into our workshop to improve the working conditions and recruit more staff.

I’ve been a Cubefunder customer for nearly a year now. My experience has been amazing. The team are fantastic. Yes, you borrow money from them as a business because you want to expand and you want to increase your income. But by far, outweighing the borrowing and interest is the team and the mentoring and the development of your business. In the fact that you can make a phone call when you have a wobble and you’ve got someone on the other end of the phone that can talk you through any of the days when it’s not going quite as planned.

We would recommend Cubefunder to other small businesses. 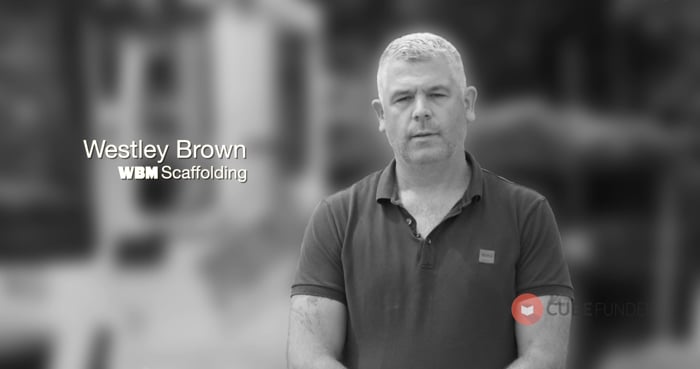 We’ve been a Cubefunder customer for 2 years now. No frustrations what so ever. Very easy to deal with.

My name’s Mr Wesley Brown I’m a Director of WBM Scaffolding limited. We’ve been trading for just under 15 years.

What does WBM Scaffolding do?

We mainly work in the private and housing sector of local works in the Kent and London area.

We needed the funded to be able to grow the business to invest in more materials so we could take on bigger contracts which will enable us to take on more staff.

I did a Google search, Cubefunder were the first people to come up so I contacted them and made an appointment to see them.

Why was the process of working with Cubefunder?

The team at Cubefunder were really easy to deal with. We made an appointment with Hayley and Gary who came to see us within a couple of days at our offices. We gave them all the information they required. After they examined the information, within 3 or 4 days we had the funding. I didn’t have any concerns, it was a very easy process.

What has the funding enabled for your business?

We’ve been a Cubefunder customer for nearly 2 years now, no frustrations what so ever. Cubefunder were very easy to deal with and very professional. I would recommend to all of my contacts in the building industry. 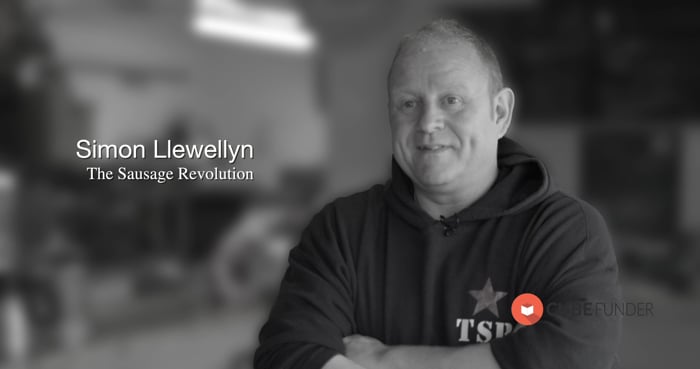 Cubefunder was one of the only lenders that would lend us money because my credit rating was damaged trying to build the company over 10 years which is still running.

My name’s Simon Llewellyn and I opened a restaurant called The Sausage Revolution and I also run another company called Hot Diggidy Dog which makes sauces for the restaurant.

How did The Sausage Revolution get started?

After Dragons Den we didn’t get any investment but we were invited to make a very hot sauce we now call Diablo and that’s blended into scotch eggs and you can find Dragons eggs pretty much all over the country.

I gave that same sauce to local butchers who then made sausages, Diablo sausages and I advertised them on Saturday morning. I got a 100 sausages, who wants some sausages and that was it, people bought them and they flew out and I thought, there’s lots of pizzas, lots of burgers, lots of chicken chains but no one does gourmet sausages as far as I was aware in this area so the Sausage Revolution was born.

We needed funding to grow the restaurant to open the restaurant. We also found ourselves in a position a month after opening the restaurant, we had to move the Hot Diggity Dog factory. We were told by the landlord we had to be out so I needed more money to set that company up.

Cubefunder was introduced to me through an agency, they were just brilliant, straight away they didn’t just dismiss us, it was a case lets have a look at it and build on it based on its merit.

Cubefunder was pretty much the only lender that would lend to us. When I first started Hot Diggity Dog 10 years ago, I went to the bank with a business plan and a request for £35,000. They said you are a nuclear submarine engineer whos going to make hot sauces and sell to Tesco, I said yes, they said no.

How did you find the funding process at Cubefunder?

The process with Cubefunder was very, very easy. Once we got the initial contact with Gary, he came down to actually see what we were doing and he could see it was a viable business. Obviously, we had to do the due diligence of going through the accounts and making sure the numbers worked.

Initially, we had to pay our penance I guess, and the interest rates were quite high. We were a risky business, we had to take that risk. It was a new start-up business, Gary didn’t know us, so obviously there has to be some compensation for that. But now, 18 months down the line we work in a good relationship to the point where its a lot cheaper money now, which we paid our penance for but if we hadn’t had that, we would be here now.

I’ve been with Cubefunder now for 18 months, as I said, tough to begin with but easy to work with now. Gary and I have built up a good relationship and we can have a laugh, he knows me now and I know him. I know if I need money I can pick the phone up for various business ideas and run with it.

How did you find the rest of the team at Cubefunder?

Dealing with Cubefunder is brilliant, the guys in the office are very easy to deal with. If for some reason my bank decides not to pay a payment on a daily basis they are straight on the phone and we can iron out that issue straight away. Sometimes the card payments don’t go through and within minutes we can get it sorted, they are very on the ball.

Would you recommend Cubefunder to others?

I’d highly recommend Cubefunder, it’s tough to start, but with risk comes payment. They’ve lent us the money and allowed us to be where we are and we’re still working with them growing the company. Extended the restaurant, building another bar. We’ve now got the funding for the next two restaurants from Cubefunder so it’s allowed us to grow very very quickly into what people thought would never work.